Holusion comes out of an incubator of the schools Centrale, Arts et Métiers and Skema Business School. he technical development has benefited from the expertise of the laboratories of these engineering schools, their experience of the industrial fields and the excellence of the incubation ecosystem of the Lille metropolis with the incubators Tonic, Plaine Images and Euratechnologies. The innovation is included in the fondations of startups, that is more and more called their "DNA".

The innovation, in the entrepreunarial environment, is the meeting of the technology and a new use on the market. It could be incremental or it could be a total rupture with the existing habits. In this case, the interactive hologram is a supplementary solution, on top of already existing technologies in augmented reality, and it comes to add new uses. This is a new way to come integrate a virtual image in a real environment.

The innovation is strongly supported in the creating of new companies, that creates wealth, value and employment. Help are given, financially or by a technical or managerial support with BPI France, les Pôles de Compétitivité or even the Boutiques de Gestion d'Entreprise.

The ecosystem in the north is especially riche with the growth of a community of digital entrepreneurs on the Lille metropolis phat benefits from the 3rd university center of France, a geographic proximity in the heart of a European metropolis and of very dynamic poles of competitiveness.

The Augmented Reality is identified as a sector with great potential for its applications in industrial, medical and cultural fields. The project of the startup, identified and valued by the entrepreunarial environment and its support, has been winner in Help to Innovation of BPI France and Lille Metropolis. The goal was to develop an interactive hologram display device, adapted to the needs of professionnals : a flexible and versatile solution.

The first part of the program was about to give provide a product with an important added value, able to compete with the last digital displays innovations. The standards of HD displays were taken back and completed with an improvement of computing powers and an optimization of the holographic image's size. The changes on the geometry and the optical system allows to show a bigger hologram, clearer and brighter than all that was possible up to there.

But without interactivity, the hologram doesn't get all its potential. It is clearly an attractive solution for communication operations, but the innovation consists in associating its esthetic appearance with the new augmented reality applications.

Holusion relys on a tailor-made software solution to make its hologram devices work. The operating system manages at the same time the displaying, the 3D simulation engine or the connection to a communication network. Its versatility makes it a real development platform to create its own videos, applications or even video games ! 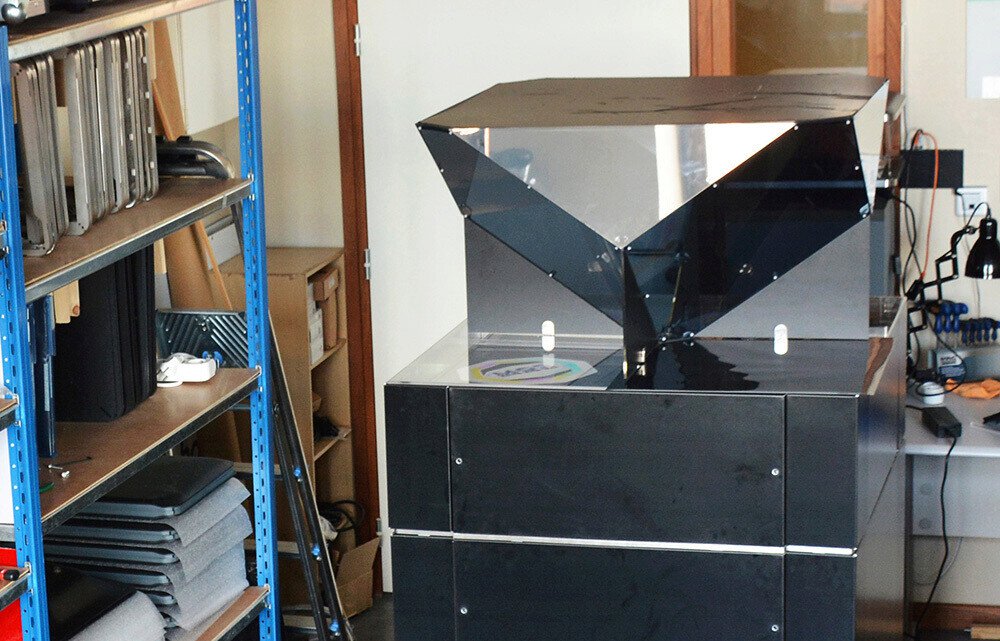 Availbale from the last 2015 trimester, the Focus has the ambition to be a high-end hologram projector for marketing, industrial and cultural applications. Those applications can already begin  to be developed thanks to the development website.

Historical point : the technology behind the hologram appeared in the 19th century. Make a human appear in his ethereal form was the project at the beginning of the techniques, concretized by the Pepper's Ghost in the 18th century. John Henry Pepper, a Royal Society of Cambridge's engineer, realize an optic system on a theater stage and with a set of transparent mirrors, he gives the public a vision of a character who, hidden backstage, begins suddenly to float at the center of the stage.

The process has been digitalized in the beginning of the 21th century in order to build the first hologram display devices for big events. Some great realisations were set up during big concerts and gave a second life to this technique.

These installations can be reintegrated and customized, that was the goal of a second part of this innovation programm, what led to the Opera solution, for human-sized holograms.

A prototype was set up since March 2015 for the cultural project "It's Me" with Picatonovo.

These hologram display devices integrated all the software solutions of the Prisms and Focus in a brand-new way. 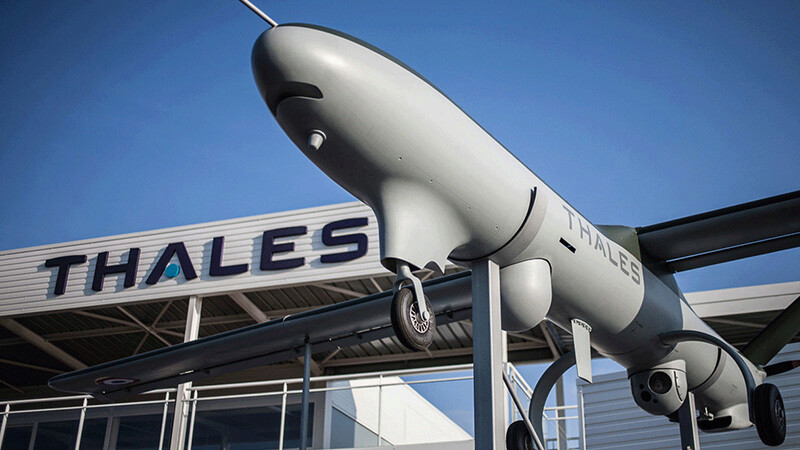 Thalès makes use of innovative 3D holograms for its presentation